The 7 Things You Didn’t Know About Your Dreams 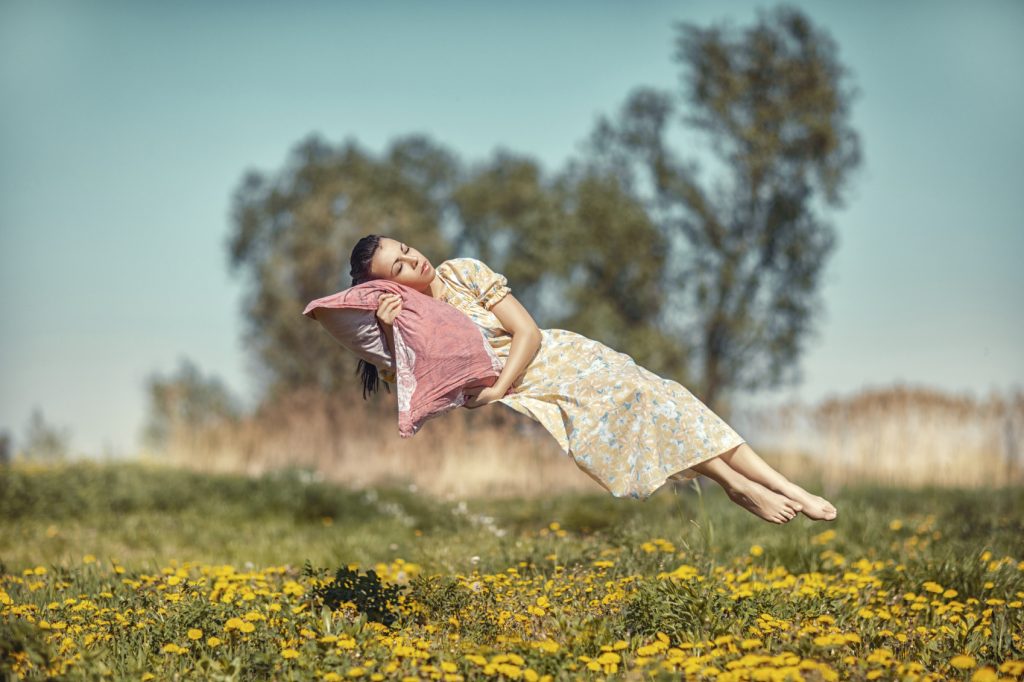 Whilst you averagely spend a third of your life creating wild imaginary dreams, they’re still a pretty extraordinary thing to think about. Flying giraffes, your high school sweetheart and even the Periodic Table can work their way into your dreams, and it’s safe to say that the brain works in mysterious ways. Here are seven facts about dreaming that you may not have already known.

Suffering from nightmares? Turn up the heating or grab another blanket! Studies show that the colder your house is, the more unpleasant your dreams are likely to be, and if your room is of an average temperature, you tend to sleep better.

Results from an experiment conducted with 1,000 participants have demonstrated that around 75% of people report having nightmares after spending the night in a room colder than usual.
This is why when you’re suffering from a fever, you may have more vivid dreams than normal or even start sleepwalking.

According to Dr. Steven Ajluni, a clinical and interventional cardiologist, snoring may reduce the chance of dreaming.

He says, “Snoring usually equates with obstructive sleep apnea (OSA), a condition that has been demonstrated to cause reduced REM (rapid eye movement) sleep. This is the sleep where dreams occur”.

This means that a long, dreamy sleep may enable your partner to have the same, without feeling restless and irritated with your noisy sleeping habits!

Thinking of creating a new ground-breaking phenomenon and becoming the next Einstein? Well get your head down and get to sleep!
Surprisingly, some of the world’s greatest inventions were thought of in a dream.
One of the most famous examples of this is the Periodic Table. It’s said that Dmitri Mendeleev was frustrated with how the 63 known elements wouldn’t fit together, so he took a nap and had a dream where all elements fell into place.

He says, “I saw in a dream a table where all the elements fell into places as required.  Immediately on awakening I wrote it down on a piece of paper.  Only in one place did a correction later seem necessary”.

Some other notable examples include the sewing machine and the double helix structure of DNA.

Not all dreams have to be terrifying nightmares, as it is in fact possible to control your dreams. Lucid dreaming happens when you’re asleep yet know you’re dreaming, allowing you to consciously reshape the dream into anything you want.

It seems that Lucid dreaming is a skill, but dream researcher Kelly Bulkeley says, “Taking charge of the content of your dreams isn’t a skill everyone has, but it can be developed”.
According to a recent study, 64.9% of participants reported being aware they were dreaming within a dream, and 34% said they can sometimes control what happens in their dreams.

Some tips to try lucid dreaming include keeping a dream journal and learning to recognise your personal dream signs.

Think that dreams are along similar lines regardless of gender? Wrong! The difference between male and female dreams are quite surprising.

A study by the University of the West of England in Bristol also discovered that women have more nightmares than men. 19% of men reported nightmares, compared to 34% of women, which suggests that women find it more difficult to switch off their emotions at the end of the day.

If you’ve ever woken up in the middle of the night, still in a dreary-eyed state wondering whether your dreams are actually normal or not, the chances are that they’re quite common. The most common dream is said to be the feeling of being chased.
This is supposed to mean that there is an issue in your life that you’re anxious about confronting. Other common dreams include losing your teeth, falling from a height and infidelity.

Every person is able to dream, even if you don’t remember them. Surprisingly, not everyone dreams in colour.

According to a study by Psychic Library, 6% of people claim to dream in black and white and 15% were unable to remember whether their dream was in colour or not.

Before color TV was invented, a vast majority of the population used to dream in black and white.

Psychology.com also report that in studies where dreamers have been awakened and asked to select colours from a chart that match those in their dreams, soft pastel colours are those most frequently chosen.

When it comes to dreams, you really never know what you’re going to get. Although dreams are fun, exciting and potentially scary, a good quality mattress can help you try and control them… You never know, you could be a pro lucid dreamer in no time!