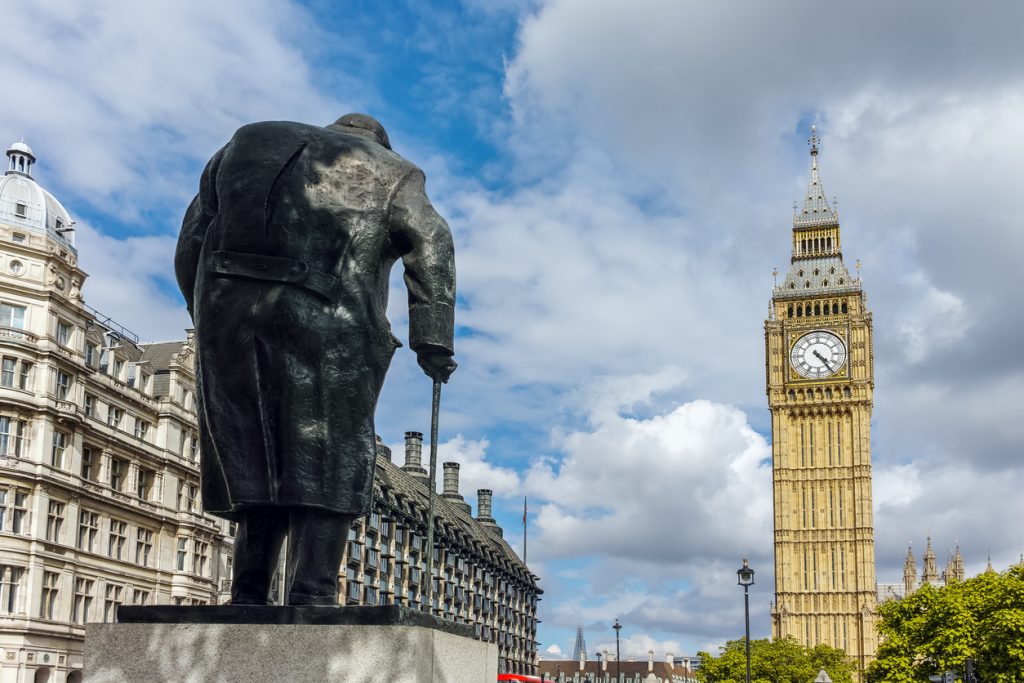 On the other hand, famous world leaders like Winston Churchill report enjoying “a non-negotiable” nap each afternoon. For Churchill, it was an essential routine that involved enjoying a hot bath and at least two hours of sleep. He claimed it gave him “at least one and a half” days in one and massively boosted his productivity.

It’s clear that the sleep habits of historical figures and famous celebrities are, to put it simply, all over the place. We looked at eight famous figures, from political leaders to famous artists, to learn how their sleep habits contributed to their successes and creative output.

Surrealist painter Salvador Dali found the secret to unlocking his creativity in what he described as ancient routine pioneered by Capuchin monks. His secret sleeping technique was simple: fall asleep for no longer than one second.

Dali’s carried out his one-second naps using a creative technique: he would place a key in his hand, with a large plate directly underneath. He would then fall asleep in an armchair and, upon falling asleep, drop the key onto the plate and wake up.

This bizarre napping technique may have inspired his creativity. Doctors believe that hypnagogia – the state halfway between wakefulness and sleep – inspires creativity. Thomas Edison and Richard Wagner also reportedly used this trick.

Lady Thatcher’s press secretary Sir Bernard Ingham reports that she was awake and ready at five every morning to listen to Farming Today, despite often going to bed at two or three in the morning.

John F Kennedy may have been one of the youngest Presidents in US history, but his sleep habits were far from bright and youthful. Kennedy spent his morning working out and swimming before eating lunch and retreating to his bedroom for a nap.

The President’s naps were serious business – short of a serious emergency, his staff were instructed not to interrupt him, his telephone calls were held until 3PM, and his meetings were pushed back into the late afternoon and evening.

Kennedy reportedly introduced his Vice President and successor, Lyndon Johnson, to napping. In contrast with Kennedy’s relaxed schedule, ‘LBJ’ worked two shifts a day and was frequently at his desk as late as two in the morning.

Arnold Schwarzenegger is certainly ambitious. The Austrian-born actor has reached the pinnacle of success in three different careers: as a bodybuilder, an actor, and as a politician.

His secret to success is simple: “sleep faster”. The former Mr Olympia sleeps just six hours a night so that he has at least 18 hours of productive time during the day. The seven-time bodybuilding champion reportedly spent as much time in the gym as he did in bed during his early career.

Italian Renaissance man Leonardo da Vinci’s CV reads like an adventure novel. At various times in his life, the artistic genius was a musician, an architect, a sculptor, an engineer, a painter, a writer, a botanist, a mathematician, and an inventor.

How did he achieve so much? By spending less than three hours a day asleep, and always splitting his sleep into short 15-30 minute naps. Da Vinci was an example of a polyphasic sleeper – someone who spreads their sleep throughout the day.

Most historians believe that da Vinci’s unusual sleep schedule was the result of his incredible curiosity, and that he was so motivated to keep producing designs and artwork that sleep had to be sacrificed. His sleep schedule is now known as the Da Vinci sleep schedule and is a popular system for polyphasic sleepers.

Known as the founder of modern nursing, Florence Nightingale was another light sleeper. The medical reformer spent just four hours a night asleep before rising to attend to the day’s tasks.

Unlike most nappers, Winston Churchill was neither ashamed nor concerned about his need for sleep. The wartime prime minister spent most of the late afternoon in bed, rising at 6:30PM to deal with the day’s work.

Churchill was oddly proud of his physical laziness, famously attributing his success in life to his odd sleep habits. When asked about his secret to success, he replied:

Oddly enough, Churchill’s sleeping habits were certainly more normal than those of his enemies. German Führer Adolf Hitler, a notorious insomniac, was so exhausted from his late-night work sessions that he was fast asleep when the Allies invaded France in June 1944.

American swimmer Michael Phelps takes his training seriously. So seriously, in fact, that he works out even when he’s sleeping. The champion Olympian sleeps inside a pressurised 9,000-foot sleep chamber that forces his body to adapt to the altitude while he slumbers.

The sleep chamber costs approximately $15,000 and reportedly has a huge effect on physical performance. Phelps revealed the sleep chamber during a CNN interview before tweeting it to the world later in the day.