How to Become an Early Riser: 10 Creative Tips for Getting Out of Bed Early 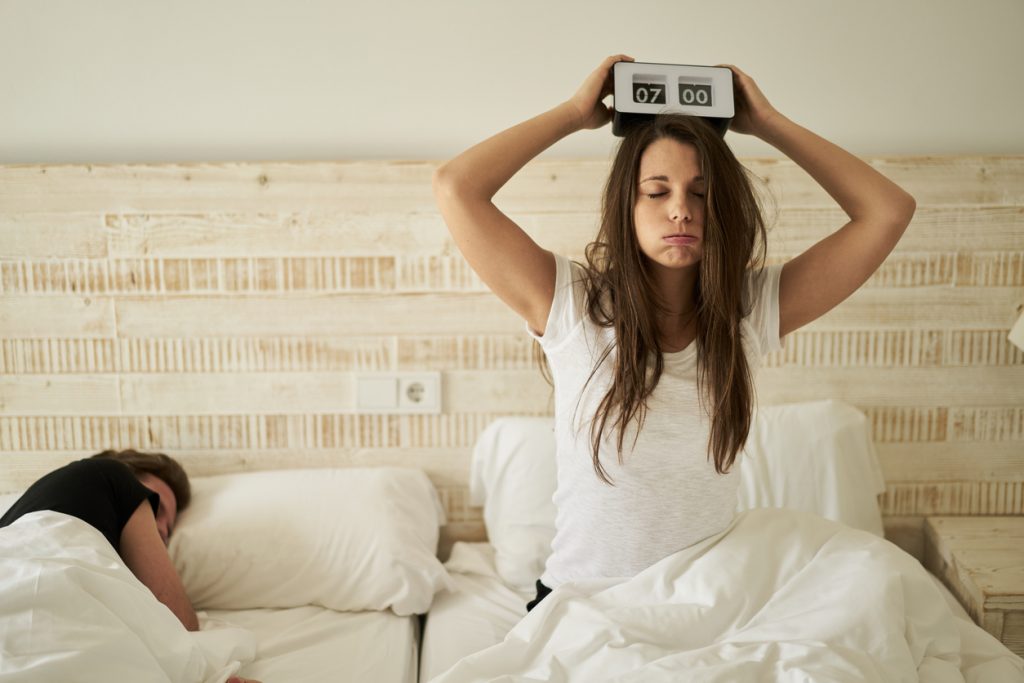 From Richard Branson to Tim Cook, many of the world’s most successful people are awake, organised and ready to work before sunrise. While being an early riser might not be essential for success, the two correlate fairly closely: people that rise early in the morning tend to be ambitious goal setters with a higher level of happiness.

Breaking out of the late riser routine can be tough. It’s easy to extend your bedtime and wake up later – just drink an extra cup of coffee late in the afternoon – but much harder to turn back the clock, slip into bed an hour ahead of schedule, and fall asleep with ease.

In this guide, we’ll share 10 creative tips for getting out of bed early and becoming a morning person. From practicing with an alarm clock to scheduling your day around the hours before noon, read on to discover the secrets to changing from night owl to early bird.

Get out of bed as soon as your alarm sounds

The moment you hit snooze, the battle is already lost. Your wake-up time has more to do with habit than physiology, something millions of otherwise tired early risers can attest to. The first step to waking up early is creating a habitual routine around your alarm that causes you to get out of bed straight away.

When your alarm sounds, force yourself to push down the covers and step out into your bedroom. The sudden change of temperature, as well as the movement from a lying position to an upright one, will make your body rapidly adapt and wake itself up to start the day.

Practice waking up and getting out of bed

Struggling to leap out of bed with enthusiasm? If you’re used to pushing the snooze button as soon as you hear your alarm, breaking the habit can be tough. This is due to your early morning attitude: it’s far easier to stay underneath the covers if you’re drowsy than if you’re already awake.

Practice waking up by slipping into bed during the day for a practice nap. Set your alarm for about five minutes ahead of the current time, then close your eyes, get in your favourite sleep position, and try to fall asleep. When the alarm sounds, turn it off, get out of bed, and go about your routine.

Remember that your wake-up time is mostly habit, and that changing your habits using simple but effective practice techniques is far more effective than trying to force yourself out of bed early in the morning. After a few days of practice, you’ll effortlessly switch off your alarm and get out of bed as early as you’d like to.

Do you currently wake up at 9AM? Changing from a 9AM to 6AM wake-up time isn’t easy. Not only will the three-hour change affect your early morning alertness; you’ll also need to adjust your bedtime significantly, which can make falling asleep on time surprisingly difficult.

Instead of suddenly changing your wake-up time, make gradual changes to the time you get out of bed over the course of a week or two. A 10-15 minute change is small enough to reduce the effects on your alertness and energy while still making a one-hour change in your schedule possible in just four days.

Open the curtains to wake up naturally

Scientists are just beginning to understand the importance of sunlight for refreshing and healthy sleep. Early morning sun exposure not only sends a biological message to your brain telling you it’s time to wake up; it also makes it easier for you to sleep when you get into bed at the end of the day.

Instead of waking up in a dark bedroom, open your curtains by an inch or two to fill your bedroom with sunlight and trigger your brain’s natural morning routine. Just a small amount of sunlight – enough to slightly light your room – is all it takes to send a message to your brain that it’s time to switch for sleep mode to alert mode.

Set appointments and calls early in the morning

When psychological tricks and personal willpower aren’t enough to get you out of bed in the morning, it’s time to roll out the heavy artillery. Schedule appointments and phone calls early in the morning to give yourself a reason to be ready on time.

Are you and your partner both adjusting your sleep schedules? Chat with each other while you get out of bed and prepare for the day to wake up your brain and avoid an early morning drop in your energy levels.

Place your alarm outside your bedroom

Sometimes it’s easy to wake up but hard to get out of bed. Cool winter air and comfy mattresses often make the otherwise simple process of slipping out of bed and into the shower far more of a struggle than it needs to be.

The best way to fight the temptation to remain in bed is by making your alarm clock as inconvenient as possible to switch off. Instead of keeping it on your bedside table, put it in your bathroom, a hallway, or the kitchen. Once you’re out of bed and awake, you’ll easily avoid the temptation to get back in and drift back into sleep.

Consistency is the key to forming habits, and preparing an early morning health and wellness routine is a great way to make waking up fun. Write a short list of things to do in the morning – from making coffee to preparing breakfast – and force yourself to perform them in order as soon as you get out of bed.

It might sound too simple to work, but the psychological effect of having a to-do list for the first 30 minutes of your day makes a big difference to your motivation levels and morning productivity. Once you’ve followed your routine for a week, it becomes a habit that you’ll rarely have trouble following again.

Wake up at the same time every day

Even a 15-minute delay in your wake-up time can be enough to make getting out of bed difficult. Regardless of what time you manage to fall asleep, try and wake up at the exact same time every day to keep your circadian rhythm consistent.

While missing an hour of sleep might make you feel tired in the morning, shifting your entire sleep schedule forward an hour has a far greater effect on your health and ability to sleep easily. Compensate for lost sleep by going to bed earlier on the next night instead of setting your alarm for an hour later.

Optimise your sleep routine to wake up easily

The better your sleep, the easier it is to wake up and get started the next day. With a highly optimised sleep routine, you’ll fall asleep within a few minutes of getting into bed and enjoy more energy, better health, and greater focus and productivity.

From sun exposure to warm baths, a variety of habits can help you fall asleep faster and enjoy deeper, more energising sleep. Read our blog post on forming new habits to learn how you can enjoy longer, deeper and better sleep that makes waking up a breeze.

Do you write your to-do list in the morning? Prepare it the night before and you’ll fall asleep faster and wake up feeling more energised. Writing your to-do list prior to going to bed reduces late night anxiety and gives you plenty of reasons to get up on time the next morning.

Keep your to-do list short and simple and – if you really struggle to get out from the covers in the morning – leave it on your bedside table to remind you of your goals in the early hours of the morning. When you feel motivated and ready to work, getting out of bed bright and early becomes a natural behaviour.