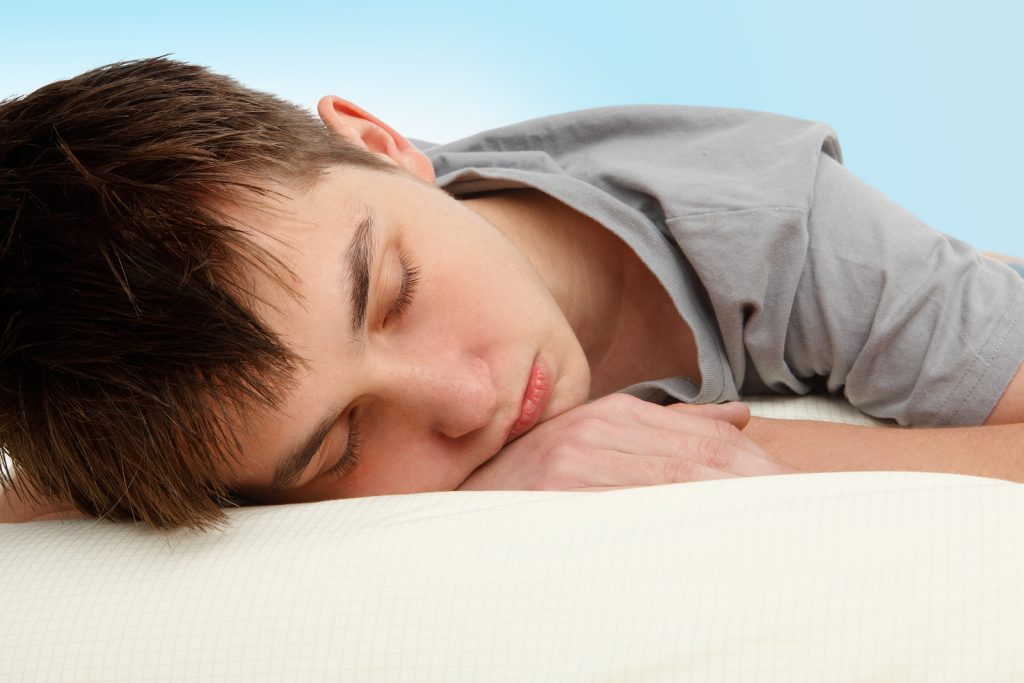 Have you ever struggled to focus on your work after a bad night’s sleep? Getting too little sleep can have a huge negative effect on your ability to concentrate well, but its effects can be even worse for children.

Since children need a greater amount of sleep than adults for healthy development and growth, the effects of a bad night’s sleep can set back their academic results and cause them to struggle to concentrate at school.

From classroom sleepiness to temper tantrums and hair-trigger attitudes, read on to learn more about the numerous negative effects of not getting enough sleep for kids and teenagers.

Children and teenagers don’t just have their daytime workload to worry about when they go to sleep each night. In addition to schoolwork, their bodies are busy growing and developing throughout the day.

This massively increases the amount of energy children and teenagers need, fuelling a stronger appetite – particularly during adolescence, as any parent can note – and a need for a longer night’s sleep than most adults.

Sleep is the most important factor for healthy growth and development, especially in young children. Growth depends on both nutritional and hormonal factors, both of which are created by a good night’s sleep.

When children and teenagers get a good night’s sleep, their body outputs a hormone called human growth hormone. This hormone is essential for the growth of muscle tissue, bones, organs and other parts of the body.

Poor nutrition and a lack of sleep slow the body’s production of growth hormone, as well as several other essential hormones for healthy growth and development. This can lead to stunted growth and health conditions, especially for young children.

Combine constant growth with the need for concentration and energy throughout the school day and it becomes easy to see why children and teenagers need great quality sleep to an even greater extent than adults.

Make sure your child sleeps well – lack of sleep can have an impact on their concentration, behaviour and their school work #parenting #kids

What happens when you don’t get enough sleep? Most people feel tired, weaker and less capable of concentrating or working efficiently after a bad night’s sleep – effects that are also common, albeit even worse, for children.

On average, children need about two to four hours more sleep per night than adults do to achieve the same level of concentration. Remember that their energy isn’t all used for concentration – it’s divided between concentration and growth.

One of the most common effects of insufficient sleep for children is stunted growth, particularly height. A lack of sleep reduces growth hormone output, which can also lead to compromised heart and lung strength for children and teenagers.

Another negative health effect of sleep deprivation in children is obesity. Since lack of sleep affects a huge profile of hormones, and not only growth hormone, children that don’t get enough sleep can easily lose muscle mass while gaining fat.

Growing into an adult is a biologically demanding process, and one that requires a lot of extra energy. That extra hour or two in bed might not seem necessary to an adult, but it’s often a biological necessity for kids.

Aside from the physical effects of lack of sleep, not getting enough sleep also has a huge range of effects on children’s concentration, cognitive function and ability to achieve good results at school.

Just like you might struggle to retain and remember information at work after a bad night’s sleep, children and teenagers struggle with short-term memory issues after a night of disrupted or low quality sleep.

Neuroscience research shows that children who don’t get enough sleep have lower academic performance, usually don’t complete as much work as their peers and are less capable of recalling material studied in the past.

They’re also more likely to misbehave or become aggressive during the daytime as a result of their low sleep quality. Impulsivity and hyperactivity are two noted effects of an unhealthy, ineffective sleep schedule.

On the other end of the scale, some children and teenagers become tired and unable to concentrate after a bad night’s sleep. Daytime sleepiness is an obvious effect of a bad night’s sleep that can have a huge impact on a child’s academic performance.

How much sleep do children need per night?

One of the most important parts of ensuring your children grow into healthy adults is helping them get the sleep they need. As fun as it might be to stay up late, it’s vital that kids get enough sleep to be completely ready for school the next morning.

According to research, children’s sleep needs vary based on their age. The younger children are, the longer they usually need to spend asleep each night to concentrate and grow effectively and healthily.

Teenagers usually need at least eight and a half hours of sleep per night in order to concentrate effectively on schoolwork. Changes to the body’s circadian rhythm that occur during adolescence make some teens more prone to sleeping in than adults.

Younger children, especially children in the early years of primary school, need nine to 10 hours of sleep per night. As a parent, it’s always good to err towards too much sleep than too little, especially for toddlers and young school-aged children.

Do your children get enough sleep each night?

Lots of school-related issues that seem like behavioural or developmental problems could be the result of sleep deprivation. Kids need plenty of sleep in order to balance the needs of schoolwork with the need to grow and develop into adults.

From the nine to ten hours most young children need to the eight-plus hours of deep sleep teenagers need to be happy and healthy, it’s important to ensure your children get the sleep they need to grow into healthy, happy and successful adults.