Avoiding jet lag when you travel

Resetting your sleep cycle at home is simple and straightforward. Resetting it when you travel halfway around the world, on the other hand, is difficult. Jet lag is a major annoyance for any round-the-world traveller that can seem impossible to avoid.

Jet lag is a combination of two inconvenient factors. The first is that you’ve spent a huge amount of time in an uncomfortable airplane seat in which background noise makes sleeping difficult. The second is that you’re out of sync with your new time zone, making it almost impossible to fall asleep at a ‘normal’ local time. 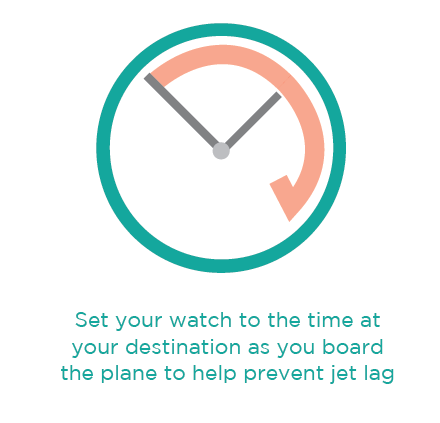 Use the same strategy as you’d use to adjust your sleep schedule at home by going to sleep one hour earlier – or, if you’re flying to a time zone that’s behind your current destination, one hour later – for several days before your flight.

If you arrive at your destination feeling tired, make sure you avoid sleeping earlier than you should. Your first night’s sleep habits will make it easier for you to adjust to your destination, so don’t be afraid to use caffeine strategically if it helps you to stay awake until your normal bedtime.